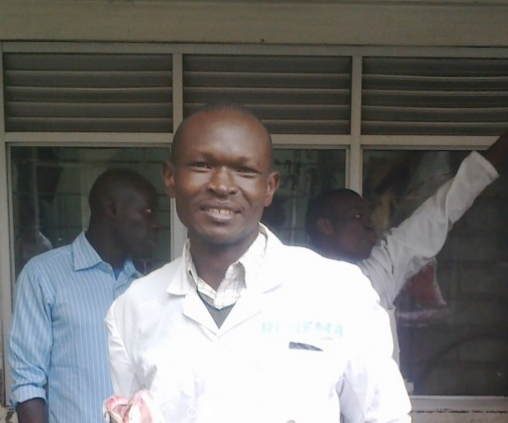 George Omolo loves to help and serve his family, customers, and community. He is married with three children and when he is not busy at work in his business, he is often found watching documentaries, spending time outdoors, and spending time with local orphans and rescued children at a nearby children’s home. 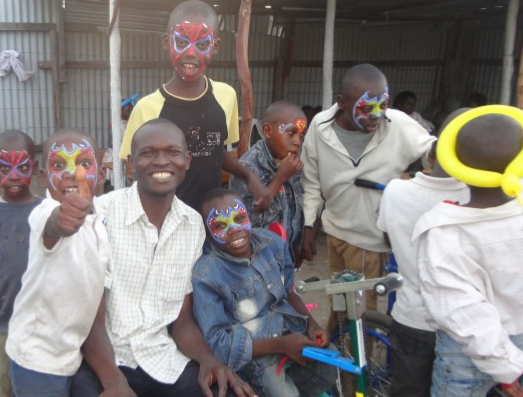 Although his current life sounds ideal, it took time and trying a variety of jobs to find his way. Initially, he had enrolled in a banking program but was forced to drop out due to financial constraints. He also held a few temporary jobs before deciding to use the little savings he had to take a chance on entrepreneurship.

He started by doing research in the field of fish supply and he talked to people who were already in the business. He notes that things were challenging at first, but now business has gradually picked up. He loves that he has found some business groups where each member can share ideas, motivate each other, and empower the community.

In his business, he supplies fish and chicken to small and medium hotels and restaurants in Nairobi. He began on a small scale by supplying fish to one small restaurant. A month later he was able to secure partnerships with three more restaurants. He also discovered that there was a huge demand for chicken and chicken products, which is how he found himself adding chicken to his stock.

George requested his first Zidisha loan of $50 in May 2014. With this loan, combined with some of his savings, he hoped to buy a cooler box for transporting his goods to customers. He knew that this would be a more hygienic way to transport his meat products compared to his previous method of packing his goods in polythene papers and paper boxes.

For his second loan, he requested $149 in July 2014. He used this loan to increase his stock of supplies as he found that his business was growing. Soon afterward, he acquired another loan in September 2014 for the amount of $443. During this time, the prices of fish and chicken were on the rise, which meant that he needed a larger investment to maintain or grow his level of stock.

In February 2015, George decided to try something new by introducing fresh fish float bladder and fish maws to his inventory. He conducted some research that this would require an investment of $640 in order to procure a license from the ministry of fisheries, buy inventory of fresh fish maws, as well as purchasing packaging materials and paying for transportation costs.

For his fifth Zidisha funded loan, he requested $922. With this loan he was able to print business stationary, purchase a large stock of fish and chicken, as well as keep a small fund to account for any unforeseen expenses in the near future. He predicted that his profit margins would be somewhere between 8-15%.

On July 30, 2015, George took to his discussion page to share with lenders the amazing impact that Zidisha has had on his business and family. He said, ‘The Zidisha funding has helped me improve my business, and the living condition of my family. I still look forward to borrowing from Zidisha, and being part of this team that is transforming lives in developing countries. This is one of the best things that has ever happened in my life.’

The following year, in May 2016, George found that he was ready for another loan to expand his product offerings once again. This time he requested $1,392 in order to pay for a lenders protection fund and to increase his stock of fresh fish, capon, beef, minced meat, and mutton. With this loan and new products, he anticipated making a profit of 15-20%. He determined that this would allow him to repay his loan, meet his personal expenses, and also retain a reasonable profit.

Later that year, George was excited to share another update with lenders, ‘The loan I borrowed from Zidisha has been of much help to me. I have been able to run my business smoothly and be able to provide for my family. I am still looking forward to working with you and improving our lives. Thank you and thank you again.’ 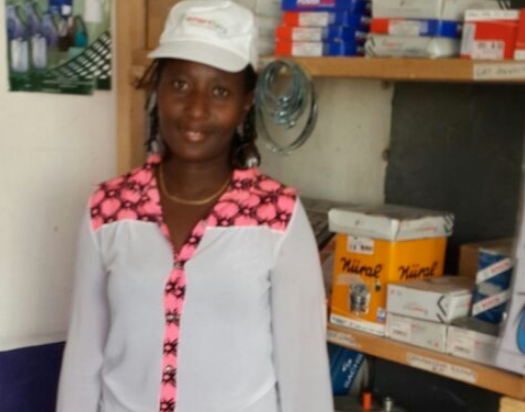 For George’s most recent loan in November 2016 he requested $1,390 but unlike previous loans, this one was for his family rather than his business. He says, ‘My daughter sat for her exam this month. She will be joining a secondary school in January. She’s a very bright, and a hardworking girl, and I would like her to have a good education so that she may achieve her dreams.’

Most recently, on May 18, 2017 he provided an update on how things are progressing. He noted that on his own, the school fee would have been a huge burden for himself and his family to pay all at once. With the help of Zidisha lenders his daughter is now in school and is doing well.

‘Thank you Zidisha and Zidisha lenders for helping me take my daughter to school.’

Would you like to make a difference in the life of another family or community, check out our lend page to learn about our other incredible borrowers.